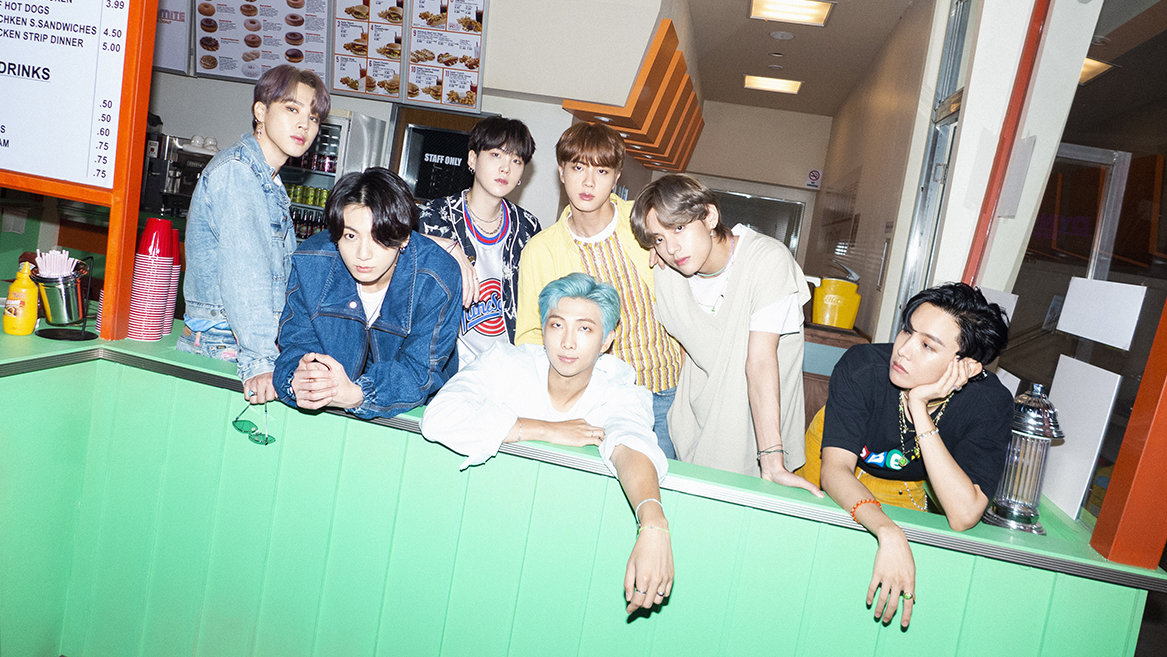 The company behind K-Pop megastars BTS has announced the investment of 4 billion KRW (approximately $3.6m) into a Korea-based Artificial Intelligence company called Supertone.

Founded last year, Supertone claims to be able to create “a hyper-realistic and expressive voice that [is not] distinguishable from real humans”.

Could Supertone soon create “hyper-realistic and expressive” clone voices for BTS members themselves – allowing Big Hit to record BTS vocals (or, more likely, BTS-narrated ads, video games etc.) without the band even being in the room?

The evidence suggests it’s not beyond the realms of possibility.

Supertone Chief Operating Officer Choi Hee-doo, explained to CNN that the company’s tech learned 100 songs by 20 singers to refine its style, and then learned 10 specific songs by Kim Kwang-seok.

Choi Hee-doo claimed that Supertone’s tech is now capable of mimicking the artist’s voice well enough to pass off as the real thing.

Choi Hee-doo explained further that Supertone’s tech can be used for content creation for living artists, too.

The hypothetical example he gave last month perhaps speaks volumes about why Big Hit might have just pumped multiple millions of dollars into his company.

“If BTS uses our technology when making games or audiobooks or dubbing an animation, for instance, they wouldn’t necessarily have to record in person.”

“For example, BTS is really busy these days, and it’d be unfortunate if they can’t participate in content due to lack of time,” Choi Hee-doo explained to CNN.

He added: “So, if BTS uses our technology when making games or audiobooks or dubbing an animation, for instance, they wouldn’t necessarily have to record in person.”

Interestingly, Big Hit has previously cited its “Artist Indirect-Involvement” business as key to it doing well during the pandemic last year. Which basically means “stuff that makes money using the artist’s brand/likeness, without the actual artist needing to show up”.

A good example of Big Hit’s Artist-Indirect business are the ‘TinyTAN’  cartoon character versions of the seven BTS members, which were debuted during their record-breaking online concert ‘Bang Bang Con The Live’ in June.

At the company’s Corporate Briefing in August, Lenzo Seokjun Yoon, Global CEO of Big Hit, said: “In challenging times such as now when artists cannot perform offline, Artist Indirect-Involvement Businesses allows us to provide our fans with all-new experiences.”

There are obviously a number of ethical issues around using Artificial Intelligence to recreate artists’ voices, whether they’re alive or not. Supertone notes on its website that “we have also been deeply concerned about the problems that can arise when this technology is used for wrong purposes”.

The company offers assurance that it will “never monetize any synthetic voice without the permission of the right[s] holder” and furthermore that “non-commercial research is limited to those who have publicity or have passed away”.

“We look forward to the synergy between Big Hit, which has strong intellectual property, and Supertone, which has the technology.”

CEO of Big Hit Headquarters Park Ji Won, said: “We look forward to the synergy between Big Hit, which has strong intellectual property, and Supertone, which has the technology.

“Through close cooperation between the two companies, we will work hard to create digital content that can comfort and warm the hearts of fans.”

“We are pleased to partner with Big Hit Entertainment, a leader in the global entertainment market.”

Supertone’s Lee Kyo Gu, added” “We are pleased to partner with Big Hit Entertainment, a leader in the global entertainment market.

“We will accelerate the globalization of Supertone’s AI technology through the collaboration with Big Hit and go even further to provide a bridge for Korean companies to maintain their upper hand in the global digital content production market.”

Supertone says that its system works by collecting voice samples and then training its AI system to recreate a voice for a range of different applications.

The company’s website states that voice data “is never disclosed to the public and is only used for model training purposes”.

It adds that, “for security, watermarking and voice modulation technologies are applied and strictly managed with the minimal access permission”.

Once the raw material has been collected, the audio is enhanced by Supertone’s “high-quality” source separation technology.

“Then we make music or text annotations with our experts in the field of music/audio content production,” reads the company’s website.

The next step towards recreating a life-like voice, explains Supertone, involves its system “using elaborately processed training data” and then “training a neural network” with a “high-performance computing server”.

According to new documents filed in Korea and reviewed by MBW this week, Big Hit generated 796.3 billion KRW (approx $676 million) in the 12 months of 2020.

That meant Big Hit, which floated on the Korea Exchange in October, saw its annual revenues grow 36% YoY versus 2019.Music Business Worldwide