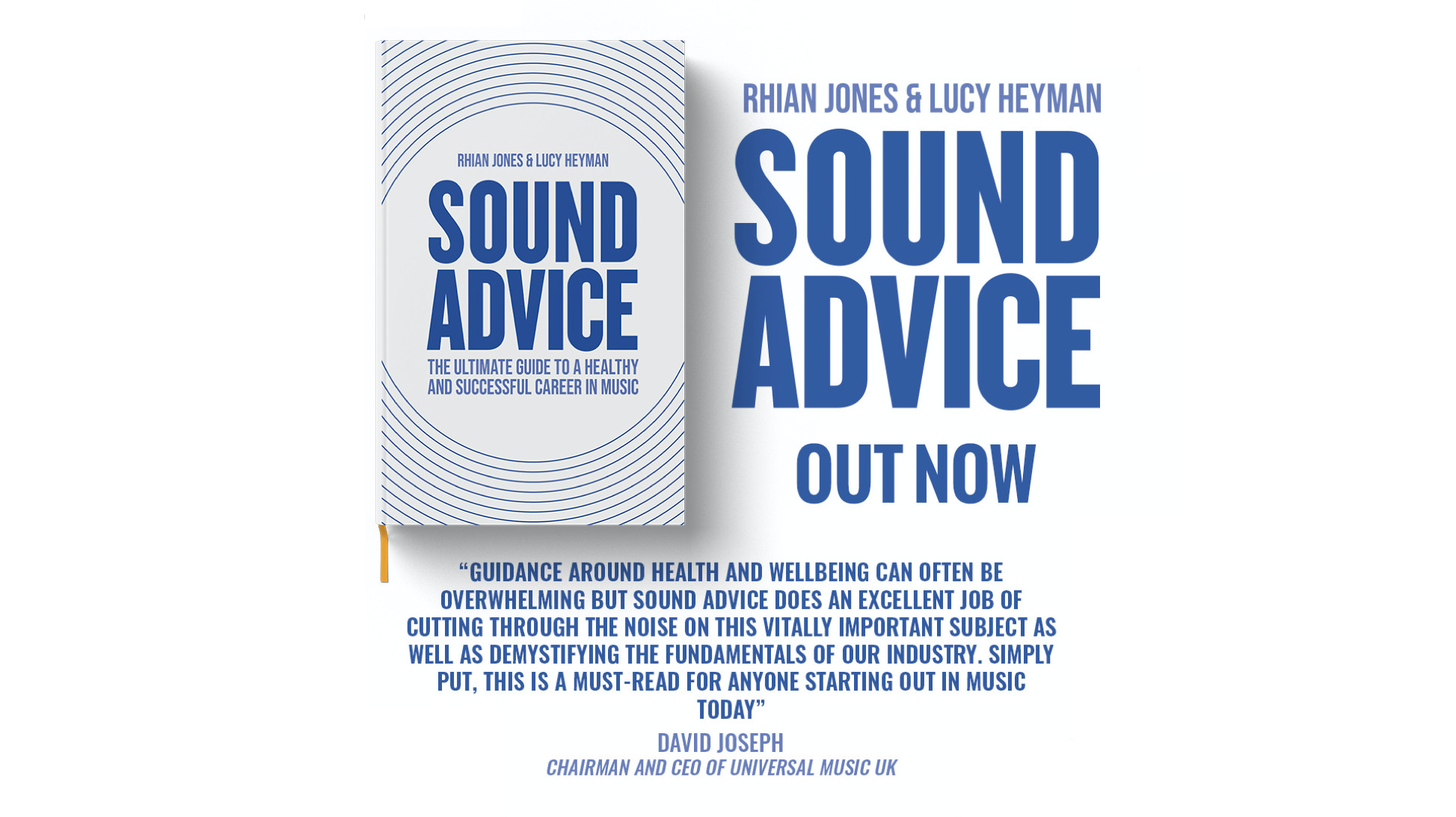 Here you’ll find an extract from a chapter on success and failure from a health-focused career guide for artists, Sound Advice, written by MBW Contributing Editor Rhian Jones and PhD researcher and musician Lucy Heyman.

The book covers the mental and physical health problems research suggests musicians might come up against and offers lots of tools and techniques to help aid prevention.

Unfortunately, the large majority of musicians are not going to ‘make it’.

As we detailed in the Money Management chapter, the average salary for a working musician in the UK is £23k, which can be made up of income earned from playing and writing music, but also teaching, commercial deals, merchandise sales, and perhaps having a totally unrelated part time job, either through necessity or to achieve a change of scenery and a sense of perspective.

Even acts who might look like they’ve hit the big time have been working a different job on the side. Idles drummer Jon Beavis has been a restaurant manager and bar worker for the majority of the time he’s been in the band, and couldn’t afford to quit until the release of their second album in 2018.

Bassist Dev (Adam) was a venue manager, guitarist Lee was a labourer and teacher, vocalist Joe was a social worker, and guitarist Mark was a (very tired) dentist.

Beavis says: “On the 2017 tour, Mark would have to drive from his work in London up to shows and then, after the gig, would drive back down and work the next day, and drive up again because he couldn’t take all the days off work. I don’t know how he did that!”

They all left their jobs in August 2018, around the time of a three-month tour.

Having a day job can be necessary in today’s streaming age, when a lot of streams result in a relatively small amount of cash in your back pocket. According to The Trichordist, it would take over 3,000 streams per hour on Spotify to earn the equivalent of UK minimum wage, and over 1,600 on Apple Music.

Having a day job can be necessary in today’s streaming age, when a lot of streams result in a relatively small amount of cash in your back pocket.

The reality is, only a tiny fraction of acts are getting enough streams to make a living. Ever heard the stat that says half of the world’s wealth is owned by the top 1% of people? That holds true in the music streaming world, too.

In 2017, 22,000 of Spotify’s ‘top-tier’ aka. highest-earning acts made up just 0.7% of total artists on its platform (three million). So the remaining 99.3% were taking home either a medium or a low-level paycheque. Other sources of income, like touring and merchandise sales, take a while to build up, which is why most musicians are spinning multiple plates.

Case in point: Idles couldn’t take a decent wage from music until nearly 10 years of hard work and frugality. “Album one was paid for by all of us in the band and for album two, we’d all saved up bits of money,” Beavis explains.

“Even when we first started way back in 2009, for every show that we did, we’d get paid about £50, and we’d always put it in a band pot and would never touch it. We’d use that pot for petrol or paying for t-shirts on the first merchandise run. There was always that business element, even though we were playing shows in pubs to about five people.”

Because of the low chance of hitting the ‘big time’, it’s important to have realistic expectations from a career in music. You may well be the next superstar, but do you have a backup plan just in case that doesn’t work out? And at the end of the day, is that type of success, and all the nonsense that inevitably comes with it, even what you really want?

Adam Ficek, who started his career as a member of Babyshambles and grew up with the ambition to ‘make it’ (whatever that meant), now balances life as a musician with his work as a trained psychotherapist. He gets his music income from a combination of crowdfunding (thanks to a staunch fanbase who support his releases) and a small tour every few years.

“It’s working out quite nicely for me,” he says. “There is no pressure, and I don’t have to deal with some of the more commoditised aspects of the commercial music industry. I don’t feel I have to strive to reach some kind of third party perspective, I can do it all how I want to do it, which is much more pleasurable, and I can be more creative with what I want to do.”

“When I was younger, I wish I had someone telling me to really work on yourself and the music that you want to make, and make sure that as a brand and as a product, it’s 100% something that you love and would listen to and idolise.”

If you do manage to achieve some big wins, Ella Eyre, who had a number one single and BRIT Award right at the beginning of her career, encourages artists to enjoy it but to also focus on the bigger picture. She says: “I’ve been in the industry from the age of 16 and my first experience was very shiny, glitzy, glam, and exciting. But it’s really important to maintain perspective and goals and to take your craft seriously.

“When I was younger, I wish I had someone telling me to really work on yourself and the music that you want to make, and make sure that as a brand and as a product, it’s 100% something that you love and would listen to and idolise.

“I think that it’s really important, particularly when you’re younger, to have your eye on the bigger picture and to have people around you who are aware of that bigger picture and aren’t necessarily looking for quick numbers. Longevity takes a long time to make and to develop, and winning a BRIT and going to number one first time is not the reality of how the music industry works.”

Buy your copy of Sound Advice here using one of the following discount codes: HARDBACKPROMO (20% off), PAPERBACKPROMO (25% off) and EBOOKPROMO (15% off)Music Business Worldwide

Delhi: These fake government websites took many to the cleaners

View: How Modi government can bring an end to the farmers’ protest